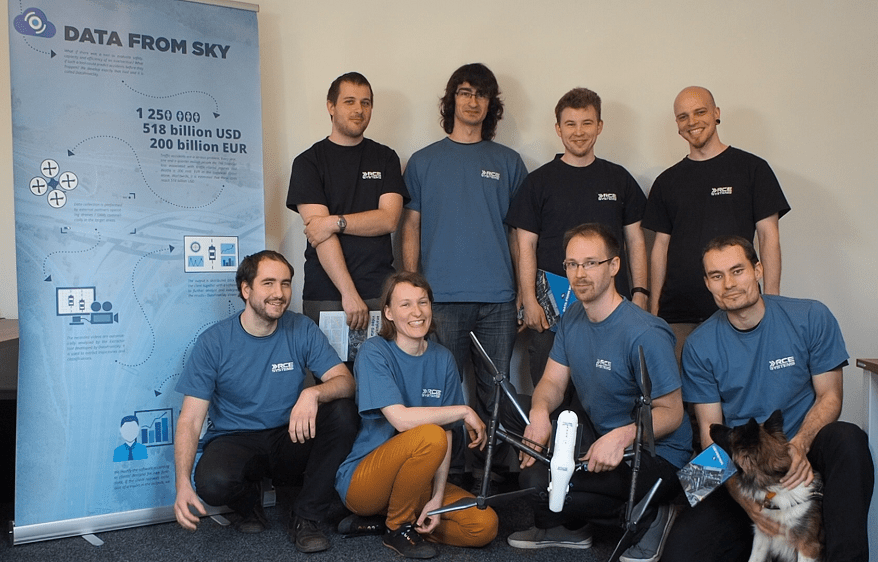 Recently, we celebrated two years since we started commercially! The DataFromSky team was formed shortly after starting RCE Systems as a robotics and computer vision company.

The decision to start offering traffic analysis using aerial video was a bold move, aiming for international market with a service instead of just contract work for Czech companies. The decision did pay off, though – we feel that at the moment we are the best in traffic analysis using UAVs, worldwide. Over the past two years, we kept growing: You can check the numbers in our earlier post, DataFromSky in numbers.

In case you are now confused about the names: DataFromSky is a service developed and offered internationally by the Czech company RCE Systems s.r.o.. You can check out some of the other things that we did contractually. Of course, only some of the projects are listed. We had the fortune of working with eg. Saab or Lasvit, just to name some.

In any case, we are busy with some new things for DataFromSky. Keep following us for more!

© 2022 RCE systems s.r.o.
Linkedin Youtube Twitter-square Facebook-square
Phone: +420 604 358 993 Email: info@datafromsky.com
We use cookies to ensure that we give you the best experience on our website. If you continue to use this site we will assume that you agree to our use of cookies.I agree.Read more