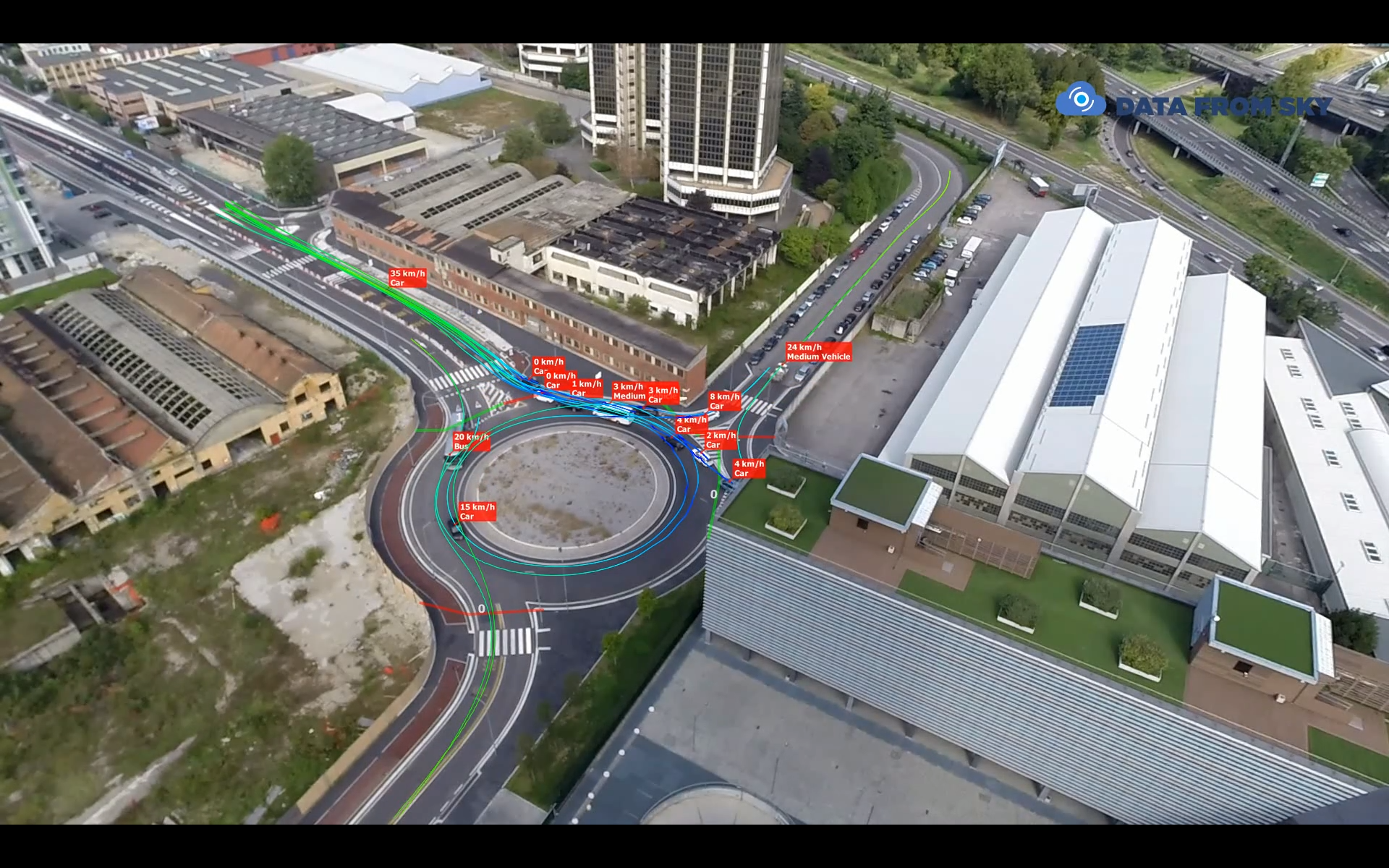 We would like to announce a new great feature – reports that can be opened in the most widespread spreadsheet editor of all time (so far). Yes, Viewer can now export a complete Excel sheet listing all the possible things you want to know, starting with turning movements and ending with with an image of the annotations. If you do not use Excel, no reason to be sad – the reports are completely readable in LibreOffice, too, and probably in most other spreadsheet editors.

As an example, here is a video from EXPO Milano. Not exactly from the exhibition though, rather from a nearby roundabout during afternoon. This is another video shot from a building, this time at a very poor angle – one of the legs is completely hidden. You can see easily that the roundabout is severely congested in the first few minutes of video. Looks like an overhaul might be needed…

The video included here is a short example, the total recording includes over sixteen hundred vehicles. Anyway, you are invited to take a look at what an excel report from such a place looks like:

Excel report from the video